Tucker: You're not allowed to point out this is insane

Tucker: There is no way to more permanently wreck the country

The USA is already communist!

Biden’s WORKERS’ PARADISE will be HELL ON EARTH!

His proposed plans include the following:

ONE: a national paid family and medical leave scheme to provide socialist WORKERS up to $4,000 to care for a new child, with an illness, or for an ill loved one.

FIVE: universal pre-kindergarten for all three- and four-year old children so that WORKERS don’t have to pay for it.

But don’t be alarmed, folks. The U.S. went communist a long time ago. As long as there is an income tax and property tax, you are living under communism. You can continue waving the flag and going to patriotic rallies if you like, but you still live in a communist country. Here's why:

You don’t own your labor

The income tax laid claim to all the fruits of your labor since there is no limit on how much they can steal from you. In fact, in the 1950’s the highest rate was about 90%.

It appears to be much lower now, but it isn’t. Since income tax is levied at every stage of production on individuals and corporations, this is reflected in the price of goods. You are looking at an effective income tax rate of at least 90%. Without the income tax, that $50,000 car you bought would probably cost $10,000.

And I'm not even counting the "inflation tax" on the value of your currency and savings through the manipulation of the money supply by the Federal Reserve.

You don’t own your real estate

Every year you must pay rent on what you think is your property. If you don’t pay the rent (which they euphemistically call property tax) they will repossess their property. After all, it's legally theirs when they can use it as collateral to borrow money for schools, civic centers, parks, or anything else.

Property tax is rent. It’s the same old feudalist system under a different name. You didn’t own land then, you rented it from the warlord. That’s feudalism. When you transferred the right to rent the land to others it was called subinfeudation. It's the same feudalist system today. When you “sell” your home and land, you merely sell the use of the property to someone else. Then they pay the rent deceitfully called property taxes. The government has always exercised "eminent domain" over its property.

Here’s why this is communism

Quoting from Wikipedia: Although Marx is popularly thought of as the originator of the phrase, the slogan was common within the socialist movement. For example, August Becker in 1844 described it as the basic principle of communism and Louis Blanc used it in 1851. The origin of this phrasing has also been attributed to the French utopian Étienne-Gabriel Morelly, who proposed in his 1755 Code of Nature "Sacred and Fundamental Laws that would tear out the roots of vice and of all the evils of a society". He wrote:

I. Nothing in society will belong to anyone, either as a personal possession or as capital goods, except the things for which the person has immediate use, for either his needs, his pleasures, or his daily work

II. Every citizen will be a public man, sustained by, supported by, and occupied at the public expense.

III. Every citizen will make his particular contribution to the activities of the community according to his capacity, his talent and his age; it is on this basis that his duties will be determined, in conformity with the distributive laws."

In his monumental book, The Ominous Parallels, author Dr. Leonard Peikoff points out that the Nazi socialists laughed at the pretended difference between socialism and communism. I quote:

“Contrary to the Marxists, the Nazi did not advocate public ownership of the means of production. They did demand that the government oversee and run the nation’s economy. The issue of legal ownership, they explained, is secondary; what counts is the issue of control. Private citizens, therefore, may continue to hold titles to property—so long as the state reserves to itself the unqualified right to regulate the use of their property.

“If ‘ownership’ means the right to determine the use and disposal of material goods, then Nazism endowed the state with every real prerogative of ownership. What the individual retained was merely a formal deed, a contentless deed, which conferred no rights on its holder. Under communism, there is collective ownership of property de jure. Under Nazism, there is the same collective ownership de facto.” Close quote.

Even Benjamin Franklin was for redistribution of wealth

“All property, indeed, except the savage's temporary cabin, his bow, his match-coat, and other little acquisitions absolutely necessary for his subsistence, seems to me to be the creature of public convention . . . All the property that is necessary to a man for the conservation of the individual and the propagation of the species is his natural right, which none can justly deprive him of; but all property superfluous to such purposes is the property of the public, who by their laws have created it, and who may therefore by other laws dispose of it whenever the welfare of the public shall demand such a disposition”.

And here’s a quote from a 1933 U.S. Senate document admitting they own all your property:

“The ultimate ownership of all property is in the State; individual so-called 'ownership' is only by virtue of government, i.e., law, amounting to mere user; and use must be in accordance with law and subordinate to the necessities of the state.”

Now for the Supreme Court’s admission:

“The governmental taking of property from one private owner to give to another in furtherance of economic development constitutes a permissible 'public use' under the Takings Clause of the Fifth Amendment.”

And here’s another quote from the Ominous Parallels:

“Property to [the Nazis] did not mean possession by right, but by government permission.”

In closing let me say there is obviously no comparison between the USA communist regime and the brutal communist regimes of Stalin and Mao. It's a matter of degree, that's all, but we can see where this is headed. Just don't be deceived by the iron fist in a velvet glove.

I showed in my Bolins Ghost YouTube videos that the federal government has absolutely no jurisdiction to infringe on the right to keep and bear arms of any type, including background checks. In 1934 they confiscated  fully automatic weapons by means of onerous taxation during the middle of the Great Depression. Now they want to confiscate all semi-auto firearms and large capacity magazines over 10 rounds. At the same time, they plan exorbitant taxes and licensing laws to restrict firearm access to as many people as possible.

This isn't about safety. All necessary safety regulations related to firearms are properly and constitutionally limited to the states—not the federal mafia.

Let's face it, federal gun control laws are really incremental gun confiscation laws. Disarming the pubic is the final stage in every totalitarian takeover. We can ignore history, but history has shown what happens once the public is disarmed.

As President John Adams said, “Facts are stubborn things; and whatever may be our wishes, our inclinations, or the dictates of our passion, they cannot alter the state of facts and evidence.”

I WAS MURDERED BY THE GOVERNMENT

Tucker: You're not allowed to point out this is insane 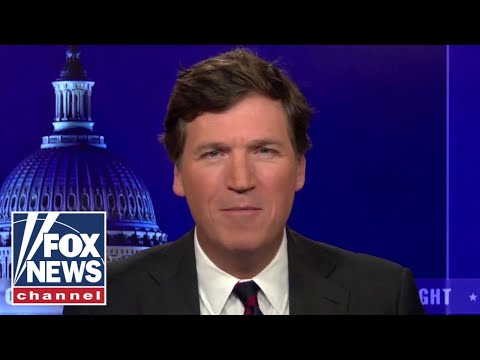